Protest of Azerbaijani Students in Kaunas 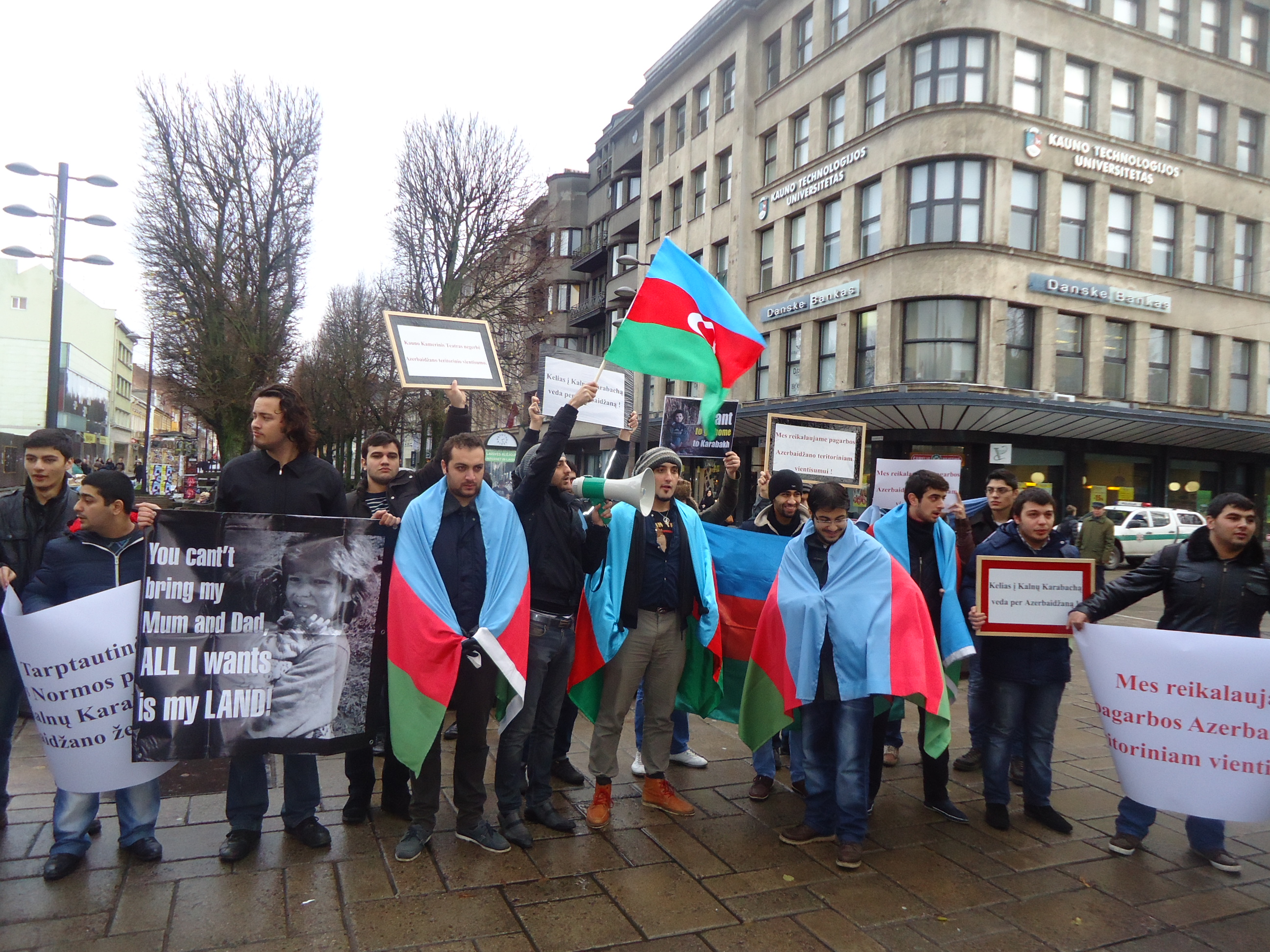 On 8th of November, Azerbaijani Youth Organization of Lithuania gathered Azerbaijani students living in Kaunas to organize a peaceful protest action in the main alley of the city against the recent visit of Kaunas Kamerinis Theater to Nagorno – Karabagh region of the Republic of Azerbaijan, remaining currently under the occupation of Armenia. Participants of the action were keeping posters with following messages: “The way to Karabagh goes from Azerbaijan”, “International Law prohibits any visits of foreigners to the occupied lands, without getting a permission from the Republic of Azerbaijan”, “We demand respect to the territorial integrity of Azerbaijan”.

Students presented the petition including all the laws and demands in written form to the director of the theater – Egidijus Tamoshyunas, to what the director replied stating that the theater is a non-political enterprise and that they only perform plays, by invitations, to wherever it is going to be. Actor of the theater group Alexander Rubinov explained the situation in a following manner: “We’ve been invited to the International festival “Arminos”, which took place in Armenia, we’ll go to Azerbaijan too, in case if we’re invited”.

Must be mentioned that the Embassy of Azerbaijan Republic in Lithuania has sent an official note to the Ministry of Foreign Affair of the Republic of Lithuania, to declare that, everybody who aims to visit Karabagh region, must apply for a permission to the Republic of Azerbaijan, despite that the territories are currently not under control of the country. 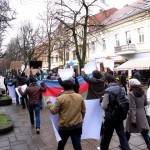 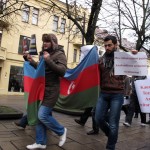 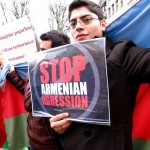 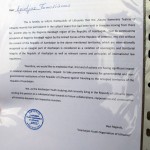 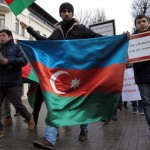 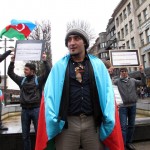 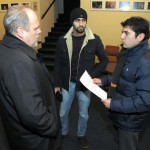 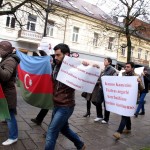 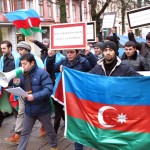