According to the press news of AYOL, on 11th of February, staff and active members of AYOL met with the Tatar  Youth Organization Friendship group, primarily for acquaintance and for for the discussion of following important topics that interest both sides, regarding the youth policy activism of the organizations as the representative of the minority groups in Lithuania. During the meeting, both sides shared their experiences regarding the past activities and events, they were able to organize in Lithuania and discussed about the future projects, they may work together on. As the Chairman of Tatar Youth Organization Ms. Maria Meisxutovych emphasized, both nations have same rooted celebrations, and mentioned her interest in celebrating the national feasts together in the future. One of the primary discussion was also about the upcoming Novruz Holiday, which is equally celebrated by azeri and tatar people.

During the sincere atmosphere of discussions, representatives of Tatar Youth Organization shared their experiences as an ethnic minority living in Lithuania more than 600 years. At the end of the meeting representatives exchanged national souvenirs and small presents. 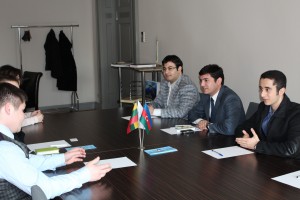 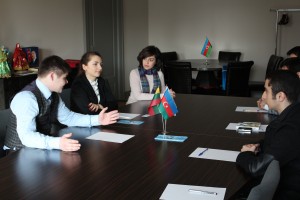 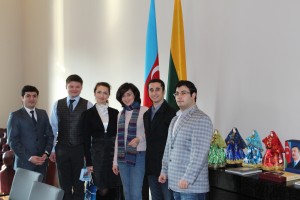