On the 14th day of February, youth living in Kaunas, Lithuania, decided to celebrate this special day in an intercultural way and Azerbaijan turned out to be the winner of the celebration. So to say, or to be more precise, students studying in Kaunas Technology University are actually the initiators of the event. The idea of gathering international students and making this special day even more memorable, organizers decided to organize a cuisine contest and called it “International Lovely Dinner”. More than 15 countries took part in the contest, and students were told to prepare as much various dishes of their national cuisine as they possibly can.

Undoubtedly, Azerbaijani cuisine couldn’t remain out of the special attention, and eventually won the prize of the night, by having the highest vote from the jury consisted of professor, as the best cuisine presented at the event. Azerbaijani students presented national “dolma”, “plov”, “pakhlava” and “levengi”, and thyme tea presented in national “armudu” glasses (which are in a shape of a pear).

Below you can find the photos from the event. 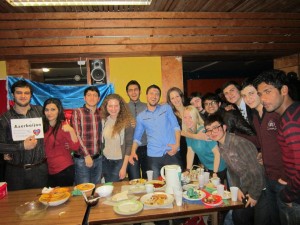 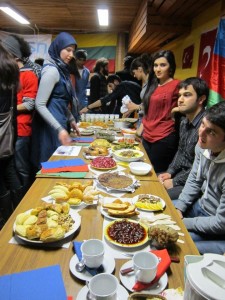 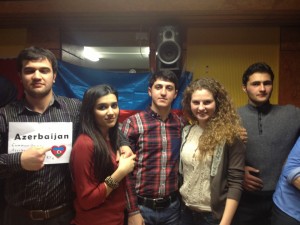 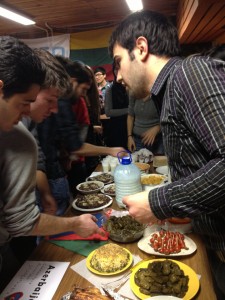 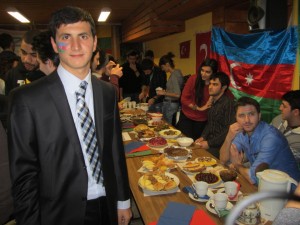 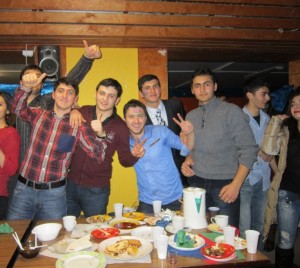 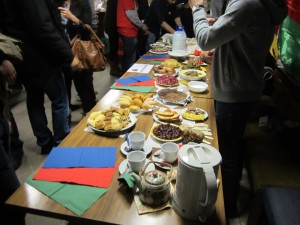 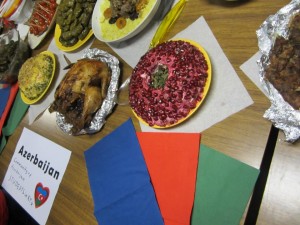