On 8th of December, of 2012, group of Azerbaijani students studying in Kaunas Technological University,with technical support of AYOL organized an Azerbaijani culture night, where they made a brief presentations about Azerbaijan, modern Baku and offered some food from national Azerbaijani cuisine. More than 60 local students and professors from KTU took part in this event. After the presentations, students performed national dances.

After the presentations and performances, guests were invited to taste delicious Azerbaijani national cuisine and wine.

Must be emphasized, that this kind of culture nights, already became a tradition, and are organized several times per year, each time, including more features and newer ideas, to promote Azerbaijani history, culture, music and cuisine. 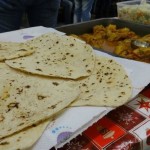 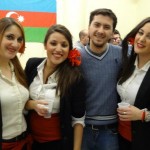 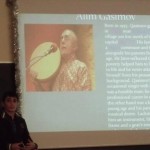