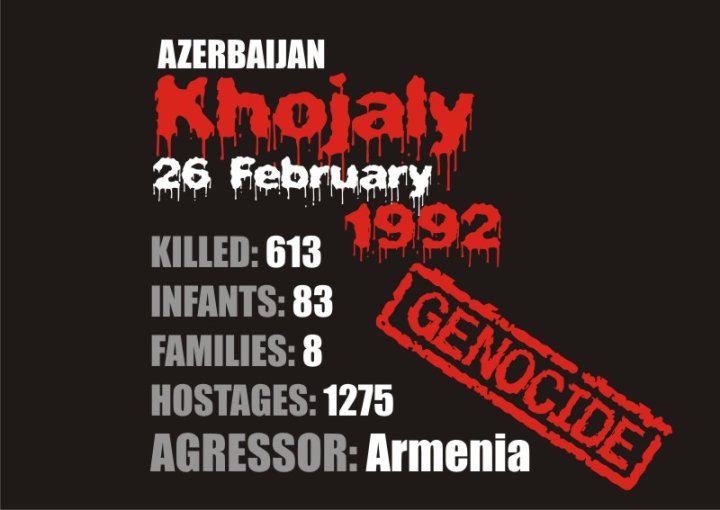 Azerbaijani students studying in Lithuania, announced this month as a “Khojaly” month by organizing the list of upcoming events, and telling the history in all its details and by this asking attention and justice for the injustice that still remains, toward the Karabakh problem, as the most important unresolved conflict in South Caucasus.
Below you can find the list of upcoming events dedicated to the Khojaly Massacre perpetrated by Armenian soldiers supported by the Russian 366th regiment.

Please, follow us for further and more detailed updates.