Very soon after their first arrival to Lithuania for study purposes, Azerbaijani students, organized an Azerbaijani movie night. In the beginning, current Press-Secretary of AYOL – Aysel Sultan made a detailed presentation about the National Cinematography, where she spoke about first movies and history of the cinema in Azerbaijan, which draws back to the beginning of the previous century. Later with the organization help of “Odlar Yurdu” organization, 2 short movies “Home” and “Knot” had been shown with English subtitles.

During the break between the movies, guests have been invited to taste delicious Azerbaijani sweets, famously known pakhlava and gogal. Must be mentioned that, the event had been attended with over 50 local students including professors and Azerbaijani origin people, now living in Lithuania for a long time.

We would like to remind that, first 20 students from Azerbaijan had been sent to Lithuania according to the memorandum signed between Embassy of Lithuania in Azerbaijan and Heydar Aliyev Foundation, in 2010. 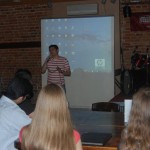 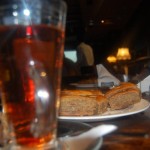 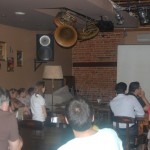 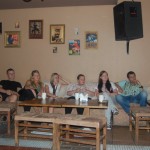 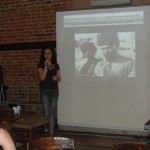 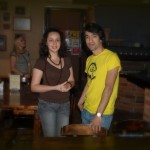 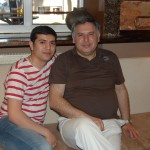