Azerbaijani auditorium at the Vilnius University 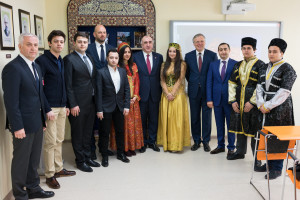 At the opening ceremony of Azerbaijani Auditorium Foreign Minister Elmar Mammadyarov was accompanied by Darius Skusevičius, the Vice-Minister of Foreign Affairs of Lithuania and Artūras Žukauskas, the Rector of Vilnius University.

Establishment of Azerbaijani Auditorium at the Vilnius University aims at raising awareness of faculty and students of the University about realities of Azerbaijan, its history, literature, art, as well as supporting academic research activities related to our country.

The Auditorium designed in Azerbaijani style will provide venue for various events, such as seminars, lectures, movie presentations and others. A number of books on our country, as well as publications on Azerbaijan in Lithuanian language and other visual tools are also available in the Auditorium.

After getting acquainted with the Auditorium Foreign Minister Elmar Mammadyarov expressed his conviction that the center will contribute to the promotion of adacemic and humanitarian ties and strengthening contacts between students of two countries. 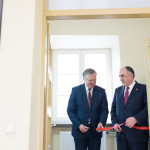 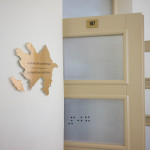 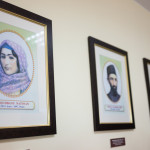