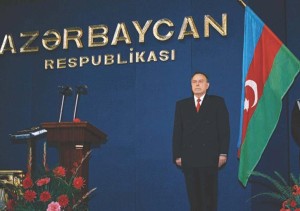 The anniversary of the Azerbaijan’s nationwide leader is marked in the country. Various events are being held in many countries on the occasion of the Heydar Aliyev’s anniversary.

Heydar Alirza oglu Aliyev was born on 10 May 1923 in Nakhchivan City of Azerbaijan. In 1939, after graduating from the Nakhchivan Pedagogical School he studied at the Architecture Department of the Azerbaijan Industry Institute (present Azerbaijan State Oil Academy). The incipient war impeded to complete his education. From 1941, Heydar Aliyev headed the department at the People’s Commissariat of Internal Affairs of the Autonomous Soviet Socialist Republic of Nakhchivan and in 1944 was sent to work at the state security bodies. Heydar Aliyev, working since that time in the security bodies, from 1964 held the post of deputy chairman, and from 1967 chairman of the Committee of State Security under the Cabinet of Ministers of the Republic of Azerbaijan, and he was conferred the rank of lieutenant general. These years, he received special higher education in Leningrad (present St Petersburg), and in 1957 he graduated from the History Department of the Azerbaijan State University.

In October 1987, Heydar Aliyev, as a sign of protest against the policy pursued by Political Bureau of the Central Committee of the Communist Party of the Soviet Union and personally the Secretary General Michael Gorbachev, resigned from his post.

In bound with the tragedy committed on 20 January 1990 in Baku by the soviet troops appearing in the next day at the Azerbaijan Representation in Moscow with a statement Heydar Aliyev demanded to punish the organizers and executors of the crime committed against the people of Azerbaijan. As a sign of protest against the hypocritical policy of leadership of the USSR, in connection with the critical conflict accrued in Daghlig Garabagh, in July 1991 he left the Communist Party of the Soviet Union.

On October 3, 1993, as a result of nationwide voting, Heydar Aliyev was elected President of the Republic of Azerbaijan. On October 11, 1998, having garnered at the elections, passed in high activeness of the population, 76,1 percent of the votes, he was re-elected President of the Republic of Azerbaijan. Heydar Aliyev’s return to the country’s leadership was a turning point in the socio-political, economic, cultural-scientific life of the country and its international relations. He started the process of independent state building. The coup attempts were prevented in October, 1994 and March, 1995. The country’s foreign policy, relations with the leading countries and international organizations was developed on the basis of the national interests and far-sighted policy. The ceasefire was declared in the frontline in May, 1994. Oil agreement named as the “Contract of Century” was signed in Baku in September, 1994 and successful steps were taken for the transportation of Azerbaijani oil to the world market. Baku-Tbilisi-Supsa main export pipeline agreement was signed. On the initiative of Heydar Aliyev, Azerbaijan plays a leading role in the restoration of Great Silk Road – global communication program. Heydar Aliyev contributed to the union of regional forces and founding GUAM, which unites Georgia, Ukraine, Azerbaijan and Moldova. He pursued successive policy toward the democracy and legal state building and establishment of the principles of human rights and freedoms. The Constitution of Azerbaijan was adopted in November, 1995. The parliamentary elections were held in 1995 and 2000. The Constitutional Court was established, death sentence and press censorship were abolished in Azerbaijan. The country joined the Council of Europe on January 25, 2001. 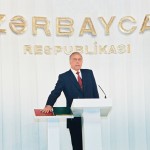 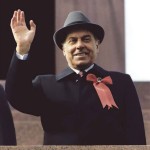 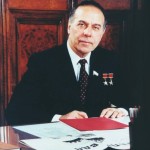 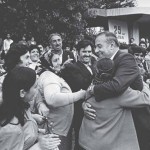